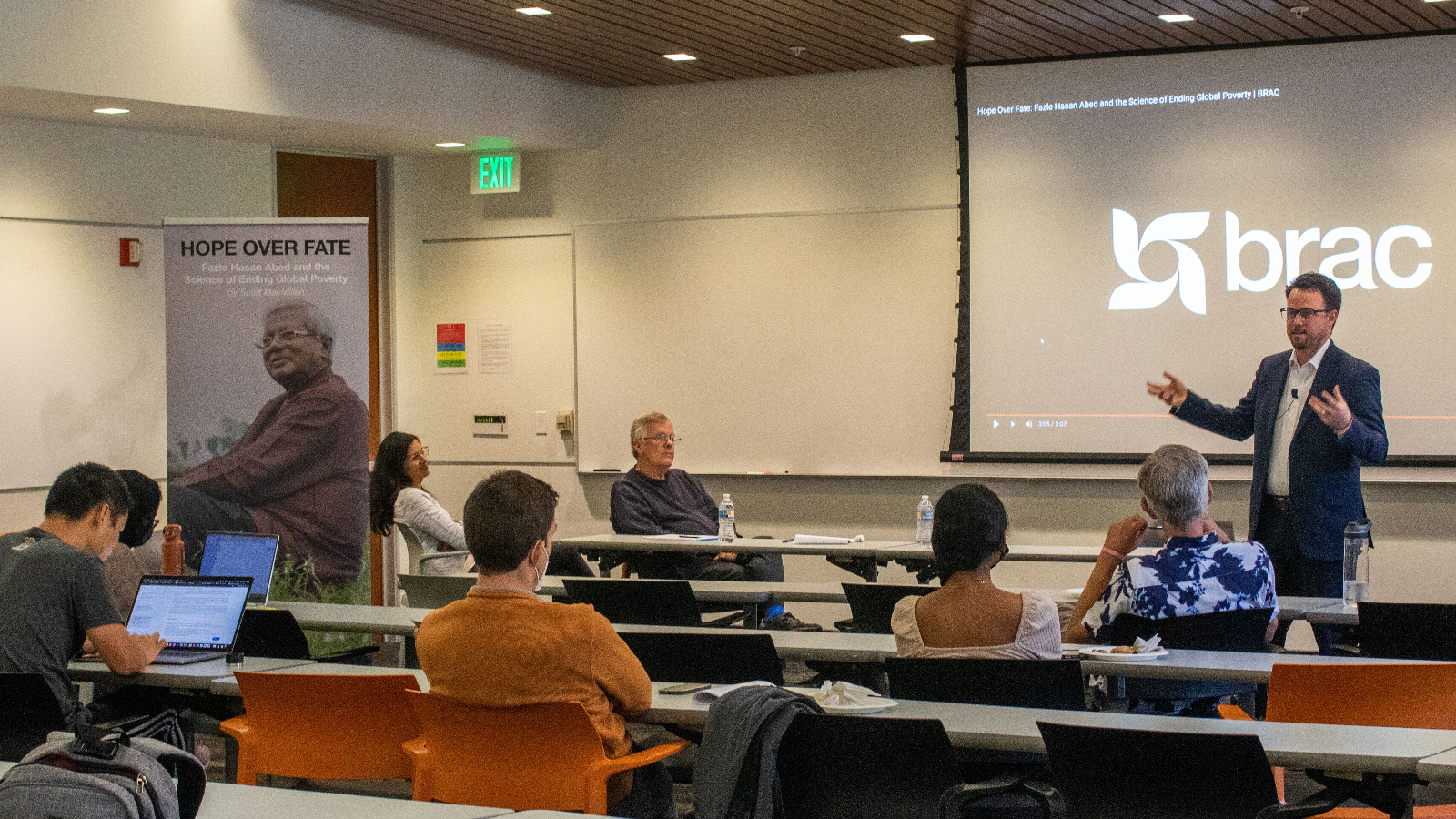 UCLA Luskin hosted a book launch for the biography “Hope Over Fate: Fazle Hasan Abed and the Science of Ending Global Poverty” by Scott MacMillan. The book details the life of Fazle Hasan Abed, founder of the nonprofit grassroots organization BRAC (originally called the Bangladesh Rehabilitation Assistance Committee), which has now grown into one of the world’s largest NGOs, reaching 100 million people in Asia and Africa. MacMillan, his speechwriter, spent a great amount of time working alongside Abed and shared stories at the Oct. 27 book launch, organized by Global Lab for Research in Action and Global Public Affairs at UCLA Luskin. His talk included details about the origins of BRAC and the stories of locals who benefited from the organization. Abed created BRAC in an effort to alleviate poverty in Bangladesh and provide more people with jobs to help sustain themselves. The organization focuses on microfinance, women’s healthcare and social enterprises, as well as providing life skills and livelihood training for girls in countries such as Bangladesh, Tanzania, Uganda, Sudan and Sierra Leone. BRAC stands out from other NGOs because it takes an entrepreneurial approach to tackling poverty, and also because its roots are in Bangladesh, unlike other NGOs that originated outside the Global South. “The road ahead was actually really long, and actually giving people the tools to lift themselves out of poverty involved many other resources. But none of that would mean a thing if people did not first believe in the possibility or change,” MacMillan said. — Aminah Khan

View photos from the book talk 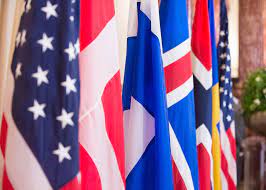 Jason Vorderstrasse is the Diplomat in Residence for Southern California, Hawaii, and Nevada, recruiting for the U.S. Department of State.  He previously worked as the Reports and Blockchain Coordinator and Deputy Director of the Office of International Labor Affairs in the Bureau of Democracy, Human Rights, and Labor. Prior to that, he served as Chief of the Political and Economic Affairs Office in Tijuana, Chile Desk Officer, Global Affairs Officer for the Bureau of East Asian and Pacific Affairs, and in consular positions in both Hong Kong and Kingston.  Before joining the Department of State, he worked at the U.S. Department of Labor in Los Angeles for nearly six years.

Jeffrey Janis has worked in the non-profit sector for most of his adult life. He focused most of his career on major gifts and he has raised more than $60,000,000. His has worked for organizations such as the United Jewish Appeal, United Way of Greater Los Angeles, United States Holocaust Memorial Museum, and the Los Angeles Ronald McDonald House. When he was 44, he became a Peace Corps Volunteer in Ukraine and worked with non- profits helping them with fundraising, grant writing, and strategic planning. His secondary projects include an English Club, Chair of the HIV/AIDS group, and he taught American Sign Language to deaf Ukrainians. He currently works for UCLA as the Peace Corps Campus Recruiter and was recently elected to the Board of National Peace Corps Association. 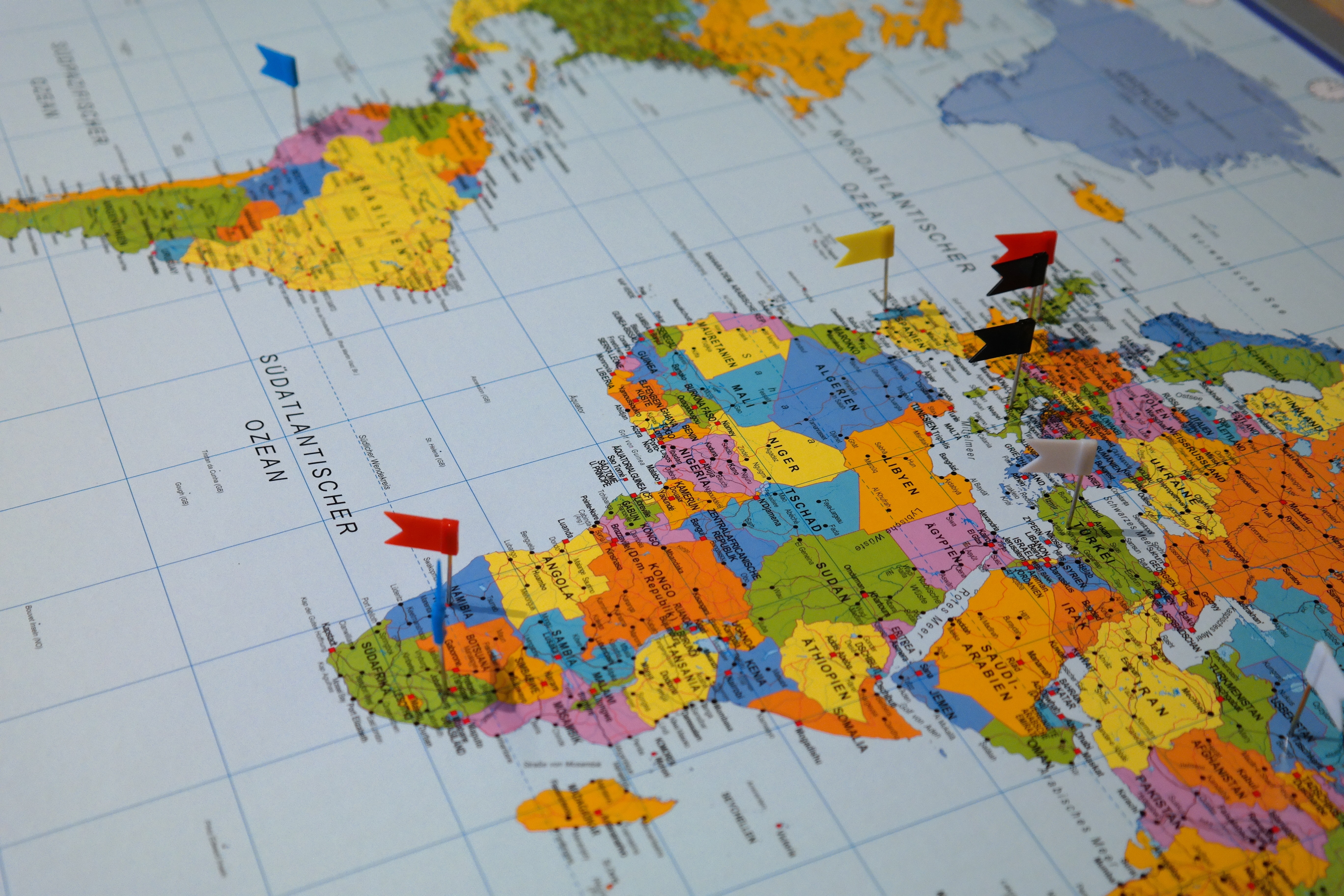 Summer internships are serious professional undertakings involving recognized international organizations. Professionalism, responsibility, and respect are required of all students participating in the program. 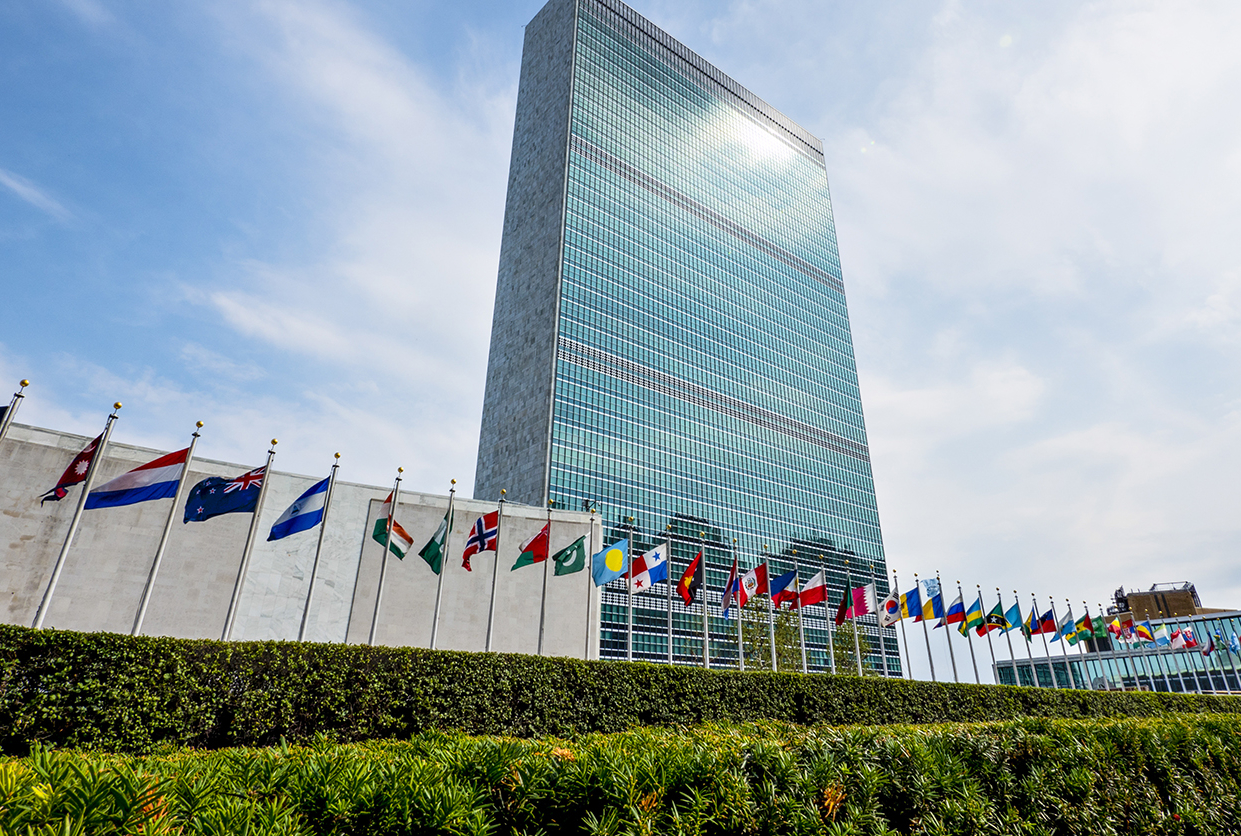 Jason Vorderstrasse from the State Dept. & Jeffrey Janis from the Peace Corps will discuss international careers in the U.S. government.

Jason Vorderstrasse is the U.S. Department of State Diplomat in Residence for Southern California, Hawaii, Nevada, American Samoa, Guam and the Northern Mariana Islands, based at the Luskin School. He will discuss career opportunities for a wide variety of majors, both overseas and in the U.S., as well as internships and fellowships. Jason has been a member of the Foreign Service since 2004 and has served in Jamaica, Hong Kong, and Mexico, as well as in several assignments in Washington DC.Jeffrey Janis became a Peace Corps Volunteer in Ukraine working with non-profits at 44. He has a B.A. in Psychology from George Washington University and a M.B.A. with a focus in non-profit management from the American Jewish University. He is an avid traveler and has been to more than 50 countries. Jeffrey continues to serve the Peace Corps by working with UCLA students.