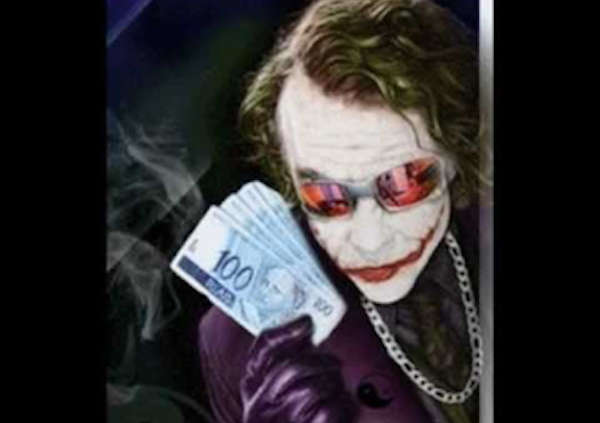 By Susanna Hecht, FCL of Global Environment and Resources, Professor of Urban Planning

My late friend Bill Woods, a famous archeologist, and a big burly guy in the way that Midwesterners are big and burly had a frantic and actually pathetic fear of clowns. I know that “mean” clowns are all the rage these days, but his phobia came from something else.  His luminous and ill-disguised panic which I mainly witnessed at vagabond tropical circuses in Mexico and Brazil came from what he saw as an inherent malevolence and that the goofy stuff distracted from rather different and sinister motivations: the pick pockets, the prostitutes, the robberies on the way home… There, nestled amongst flea bitten and tattered wild animals (able to send even the most louche animal rights person into long term therapy), trapeze artistes whose limber dexterity had other special uses and exciting payoffs, moth eaten camels on which your picture could be taken with a maharajah turban if you wanted or a Lawrence of Arabia style head gear—there sat the clowns, glaring, planning humiliations, scaring the kids and sizing up the rubes. Bill’s revulsion was not triggered by dime a dozen orientalisms—no; his focus was rooted in something else. Bill didn’t view clowns as silly expressions of slapstick and theatre paint but rather as the incarnations of something so dark it really threw him into high agitation. He didn’t place clowns on the benign side of the humor borderline: not slapstick but real violence, not surreal (oh those 18 clowns in a VW) but lying manipulation. Not a painted smile but a vicious smirk harboring a supreme malevolence—like the politician in that great Batman movie that has as its arch villain Mr. Bane, whose tone, faux populism and even actual words were intoned by Mr. Trump on his inauguration.

These crummy circuses were distractions in the backlands, lands of former forests and small towns whose most arresting feature was their poverty. There are of course many reasons for poverty, but one of the central ones in many developing countries are the kleptocracies and the looting machines that siphon off wealth to the pockets of dictators and their corporate enablers. Most notorious of all are the Petro-states like Nigeria and Angola where a small coterie cloaked in fabulous privilege and almost unimaginable wealth steals the national treasure while the country remains impoverished and poisoned and the repressive military well fattened. A kleptocracy refers to a political ruler, or a political class, their familiars and family members who use the apparatus of governments and policy for enhancing and concentrating their wealth. This is crony capitalism, but of an unchained type: certain sectors, typically mining and especially petroleum corporations, receive special treatment (often a result of a “consideration” a polite term for bribe) and the petro royalties essentially fund the governments, (low taxes yay! No political accountability—even more yay!). Leaders and appointees are situated to take special advantage of the capital flows, legal and otherwise: embezzlement, consultancies, bribes, extortion, simple theft. Policy follows covert or overt business agreements, and favors friends, family (as trusted advisors, or even vice presidents) along with preferred associates. Among the more famous kleptocracies is that of Equatorial Guinea, where Exxon has its distinct relationship with its leader Obiang whose spoiled son (and Vice President), Teodore Obiang Nguema bought a 35 million dollar mansion in Malibu, had a contract for a 330 million dollar yacht and whose Ferrari and eleven other super luxe vehicles were recently confiscated by the Swiss police. The Exxon agreements generated vast wealth for Obiang’s kinsmen, while the rest of the population ekes by on some 2 dollars a day. Although now standing trial in France on corruption charges, Teodoro can afford a lot of lawyers, and could probably relocate to Dubai.

Teodoro Obiang’s Ferrari being confiscated at the Geneva airport

And soon Guyana, a small, poor country of the Caribbean Amazon could follow this path. Secretary of State Tillerson, who has taken a special interest in the little country known largely for its extensive mangroves and a manatee reserve was about to trundle down to Guyana a few weeks ago to finalize relations with this forested state of the Caribbean Amazon before his usefulness to the new administration was recognized. The virtually unexplored waters of Guyana—the former British colony east of Venezuela—are fast becoming a hotspot of global oil exploration. And as a breathless Forbes article profiling this deal put it “Exxon is going big”, having expanded its position to 8.1 million gross acres. “To put this in perspective, this is the equivalent of 1,400 Gulf of Mexico blocks,” Tillerson said.  Almost half of this block (45%)  known as Liza, is leased to Exxon. The Lizas’ high-porosity sandstone reservoirs could hold more than 1.4 billion recoverable barrels of high-quality oil. This, plus Venezuela’s failed state with a possible Tillerson/Exxon takeover in the wings (Exxon’s Venezuelan holdings had been nationalized in the 1970s) the vast western Amazon oilfields,  and Brazil’s Tupi offshore sites, and the big oil shales of Argentina place Latin America’s oil potential among the highest in the world—making the Middle eastern fields with their Islamic states and now constant insurgencies less relevant for the US, so why not insult Muslims? And Latin America is a place well-schooled in kleptocratic practice. Pemex, Mexico’s national oil company, has a distinguished history of corruption, but for current headlines, let’s look at Brazil.

Brazil’s oil company, Petrobras, has been embroiled in continuous scandal for more than two years, one so severe that it toppled the Workers Party government and impeached its president.  Some of the PetroBraz directors accumulated more than 100 million dollars in Swiss accounts, since bribery was the activity du jour, and diverted about 3% of the company revenues into the party coffers to insure their persistence in power. The current president and much of the congress, continue under indictment and investigation while the former executives tremble—seeing in their future a tedium of house arrest—since Brazilian jails these days grab headlines with their riots and atavistic taste for beheadings. Although, alas, a key judge, Teori Zavaski was recently killed in a plane crash. He was about to adjudicate a plea deal in which dozens of Brazilian politicians are accused of bribery by the main Petrobras contractor, Odebrecht. Other parts of the energy sector—in this case Amazon dams—were so embedded in corrupt practices that the head of Odebrecht was, amazingly, sent to jail. Brazil, for good or for ill, has a developed judiciary and a number of state institutions  that function reasonably well, a giant economy, as well as a sleek and emollient political/kleptocratic class that works its kleptocratic projects in the modern idioms of elections, regional development, infrastructure improvement etc, and a population of over 300 million people.

Guyana on the other hand has less than a million people, many of them indigenous, some offspring of former slaves and a few errant gold miners. The country initially was a sugar economy, and recently, before the big oil companies came on the scene, had been configuring itself as more or less the opposite of a Petro-state—a “forest” state, one coddled by Norway whose interest in tropical forest conservation is atonement for its vast own oil wealth.  Guyana would sell its carbon uptake on global markets, foster a tourism oriented to its charming capital Georgetown, and flog eco-adventures in its forests and interior savanna, etc etc.  Maybe some legacy tourism about sugar and slavery—that kind of thing. The oil guys have changed all that. With some really big money.

The value of estimated reserves in Guyana clocks in at about US $200 billion. Its GDP in 2015 hovered at about US $3 billion. Guyana will now be investing in a half billion dollar refinery. Most of the slightly less than I million population is quite poor. Analysts point to what a terrific analogue Guyana—which was only decolonized in 1966—is to places like Angola and Equatorial Guinea (of the spoiled son I mentioned). All are recently liberated former colonies with the residue of a pliant colonial governing class.

In recent years, the US State Department

has been trying to prepare Guyana for its potential oil rush with a program that advises the government on how to draft environmental regulations, financial arrangements and other forms of oversight. Previously they had been guided by Norway (transparency, sovereign wealth funds, Scandinavian values etc etc), but now the tune will be largely called by Exxon, and “we will not force our way of life on other countries” but rather “serve as a shining example”, to quote a recent inaugural speech. Really, though, these days what with nepotism, torture okay, new black sites, US emergence as a client state of Russia and top government strata staffed by billionaires, it’s hard to imagine any exceptional moral compass on offer, especially with a president enamored of Diktat and a penchant for gold plating.  And there is that Tillerson conflict of interest problem.

Although not to worry. Mr. Tillerson has pledged to recuse himself from any decision that might affect Exxon Mobil for one year, and to consult with ethics officers at his State Department after that. And speaking of ethics officers! The Trump Mar a Lago club—and really it should be re-named Mar a Lagos after the swampy capital of Nigeria, a country which is ruled by  petro-kleptos, regular kleptos and the military—just doubled its club fee for its clientele of  arrivistes and oligarchs from 100 to 200K. The “Trump Organization”—now under the aegis of the Trump offspring and thus presumably immune from influences wafting indirectly or otherwise associated with the presidency—stated that its “ethics officers”  had said it was okay. This while papa was bloviating about his “home run” “best speech ever” to the CIA. Meantime, a real ethics board just voted for by the citizens of South Dakota was rapidly being dismantled by their Republican Governor.

So my friend Bill, instead of being merely eccentric, was right on the money. Mean clowns   mask a world where grimier, crasser and stealthier forms of economic gain are cloaked by buffoonery and falsity. The real thing to watch for in cynical governing is which form of state it adheres to, not just the circuses and clowns, which we seem sort of fixated on, the “how big were the crowds! Blah blah blah” but centrally, the “bread”.  Even our own domestic “nation building” looks these days to take on the contours of a petro state. So watch out for the pick pockets and be prepared for robberies.  And the Russian gymnasts. 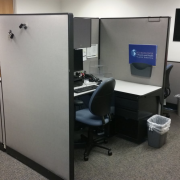 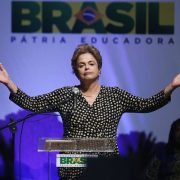