It’s been about a month since I’ve arrived in Bonn, Germany, to participate in an internship with the United Nations Framework Convention on Climate Change’s (UNFCCC’s) Climate Adaptation Programme.

My experience in Bonn so far has been one of run-ins-and-outs with the familiar and unfamiliar. Walking through this city of roughly 300,000 that was once the de facto capital of West Germany, I sometimes forget that I’m squarely on the other side of the globe from home. Some of the buildings and neighborhoods look similar to those I’ve seen in American cities like New York or DC, and when I try to communicate in the bits of German I’ve learned — before resigning to English — people are kind enough (and able) to respond. When I hear Bruno Mars or Rihanna thumping in H&M in the city center, I feel like I’m in L.A. again, before realizing that, at least in that moment, I could be anywhere.

There are, of course, notable differences. The city grid is not orthogonal like many American cities I’m familiar with. There are very limited setbacks in front of most buildings, and thin sidewalks often double as extra parking space for the small cars that squeeze through narrow residential roads. And most plainly: This place is a cyclist’s dream. There are bike lanes on nearly every road, and close to 200 miles of dedicated bike paths snake through the city and along the Rhine River. I’ve also never lived in a place with such abundant access to public parks and relatively low rents; it makes me excited to be in a place where proximity and access to green space is decoupled from housing costs, and that nearly everyone can easily enjoy the path along the river, the big parks and rolling hills at the edge of the city.

Being here makes me reflect on the perennial planning question of what makes a “good” city. Oft-noted criteria are places that are walkable, navigable by public transit, safe and inclusive, have low income inequality, have abundant green space, and provide equitable access to high-quality public services. I think to myself: By these measures, Bonn might come pretty darn close to the most “perfect” city I’ve lived in.

A bike trail in the hillsides along the edge of Bonn, Germany.

At work, my focus has been less city-centric. One of my main tasks has been assisting on a report related to long-term climate change adaptation planning in various countries. Climate change adaptation can be interpreted in different ways, but one definition considers it to be “human-driven adjustments in ecological, social or economic systems or policy processes, in response to actual or expected climate stimuli and their effects or impacts”

Currently, many countries are working to develop national-level adaptation plans (NAPs) with guidance from UNFCCC. The goal is for all sectors and subnational and national development efforts to consider climate impacts and integrate them into planning processes. Further, the goal is for countries to facilitate long-term adaptation instead of investing in short-term, incremental measures. On this end, many questions remain. What timelines should be set for long-term adaptation? What institutional arrangements are necessary to allow for long-term adaptation? How should adaptation be integrated with existing initiatives like achieving the Sustainable Development Goals?

When reviewing some of the adaptation-related documents submitted by various countries, it’s clear that there are so many gaps and barriers to addressing adaptation: limitations in financing, countries’ capacities in skills and knowledge to address climate change, in technologies and access to data. This coupled with deep underlying issues in many regions — extreme poverty, political instability, corruption, and interregional socioeconomic inequality to name a few — makes long-term adaptation planning all the more difficult.

Over the last few weeks, I have often felt a disconnect from working in this truly lovely and comfortable German city while researching these startlingly dire situations around the globe with such a macroscopic lens. But I’m grateful for this opportunity to spend the summer to better understand the issue of global climate adaptation and hope to gain more clarity on how best to facilitate this as my internship goes on. 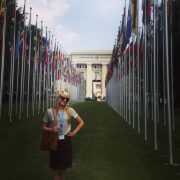 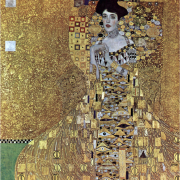 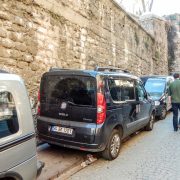 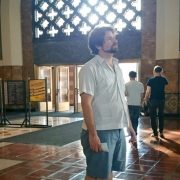 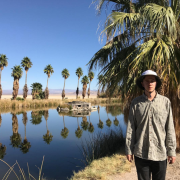 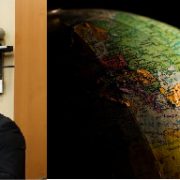